Let’s face it folks, there are some really hardcore South African sport fans out there. Some of them are absolutely fanatical when it comes to supporting their teams.

Chances are that you’ve probably driven past a fanatical Bulls supporter with Bulls flags mounted on the top of their car in Pretoria. And there’s also a chance that you’ve driven past a Western Province supporter who has painted his trailer in his favorite team’s colours in Cape Town. Fact is, some South Africans are truly fanatical about sport. Hardcore South African sport fans are everywhere. If you don’t agree with me, just make your way to a soccer, cricket or rugby match at your local stadium and you’ll probably change your mind.

In my opinion, the most hardcore provincial supporters in this country are rugby supporters and they are most likely the Bulls supporters followed by the Western Province / Stormers supporters, but one shouldn’t write off the Lions, Cheetahs and Sharks supporters; South African rugby fans are quite hardcore. When it comes to soccer, Orlando Pirates and Kaizer Chiefs probably have the most fanatical supporters – they really like to dress up and colourfully decorate their makarapas and vuvuzelas.

And this is not limited to provincial competitions – you’ll find plenty of hardcore South African Sport fans at matches where the Proteas, Springboks and Bafana Bafana are representing their country. Supporters for all three of these sports really take it to the next level. I’ve seen blokes with South African flags painted on their faces whilst wearing hollowed out watermelons as hats at cricket matches. I’ve also seen guys that have painted their cars in the green and gold colours of the Springboks at rugby matches. Lets not forget the Bafana Bafana supporters with their colourful wigs and abnormally sized sunglasses at the soccer matches.

Today I’m featuring 16 examples of hardcore South African sport fans on the Junk Mail blog. I’m pretty sure that you’ll agree that these people take supporting their respective teams to the next level. Click on the image below to see the larger version. 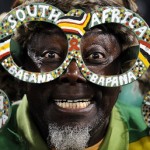 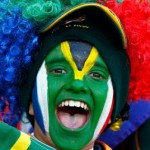 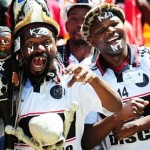 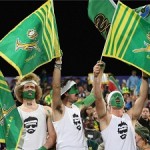 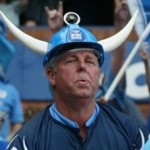 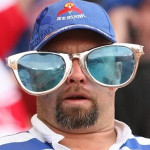 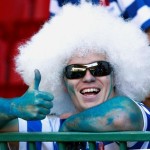 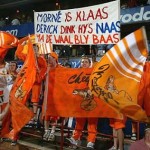 Which supporters do you think are the most hardcore South African sport fans? Leave a comment on this post and let us know what you think. We’d like to hear from you.

If you’ve enjoyed reading this post, feel free to share it with your friends on Facebook on Twitter. Remember: Sharing is Caring. Also feel free to check out the other posts in the Fun Corner and Sport categories on the Junk Mail Blog.

And remember that if you have some sporting goods that you need to sell you’re more than welcome to place a free advert on Junk Mail for them.