Our representative got onto the train at 08:26 this morning. The Gautrain ride was quick and smooth. The system seemed to be running 100%. Stops at the Gautrain stations in Pretoria central, Centurion, Midrand and Marlborlo were quick and efficient.

The overall sentiment on the train was that Gautrain passengers were enjoying the ride and impressed with the speed at which they were travelling between Johannesburg and Pretoria. The whole ride between Hatfield and Sandton (including stops) took a whopping 36 minutes.

Here are some photos that he took this morning: 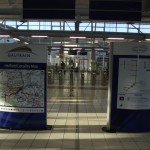 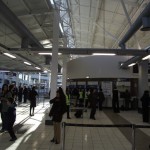 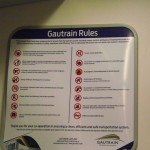 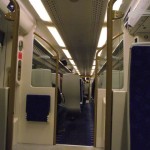 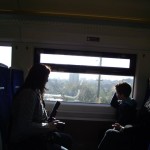 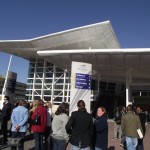 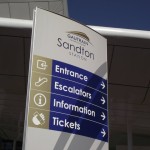 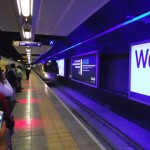 The Gautrain has been well received in Pretoria, with about 7,000 commuters boarding the train to Rosebank, Johannesburg, before 9 AM this morning (according to a Gautrain spokesperson). This comes after the Railway Safety Regulator (RSR) issued a safety permit to the Gautrain’s Bombela Operating Company (BOC), to operate Hatfield station in Pretoria. The Gautrain is expected to reduce road traffic by 20% between Johannesburg and Pretoria (between 25,000 and 30,000 cars daily).

The trip back to Pretoria took about the same time. It’s truly amazing. The Gautrain will definitely have an impact on how Gautengers travel between cities. For more information about The Gautrain visit http://www.gautrain.co.za

You might also find the following posts interesting on the Junk Mail blog: